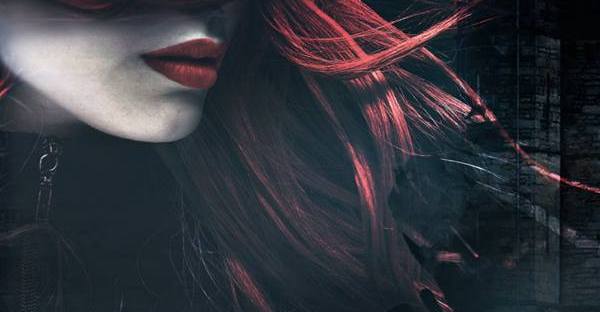 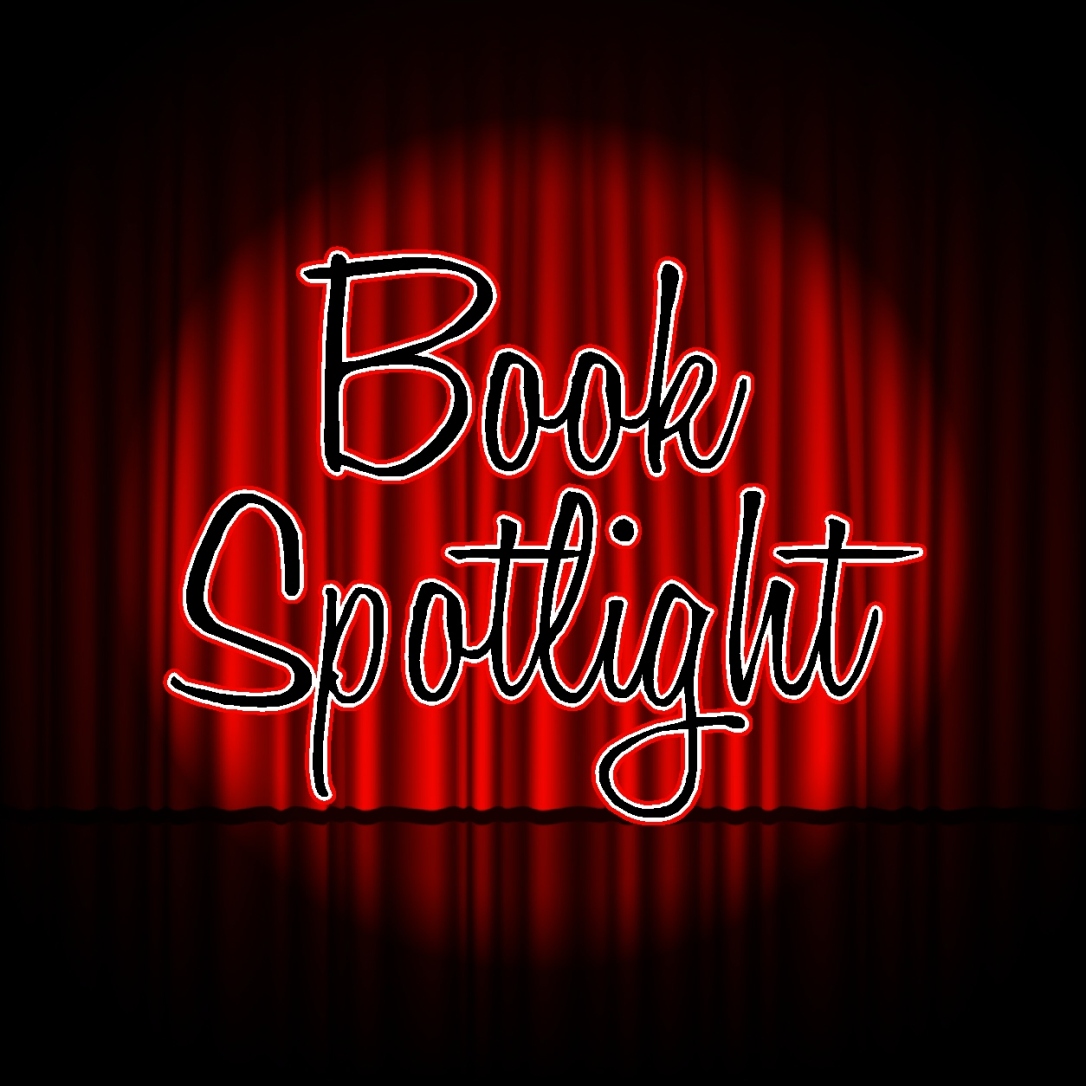 Hello everyone! Since Halloween is getting close, I thought I’d treat you with a bit of creepy entertainment, and a 99 cents offer of THE DIARY, a suspense/gothic romance by international bestselling author Melinda De Ross.

I don’t know how many of you have heard of Countess Erzsébet Báthory, so I’m going to give you a little background. 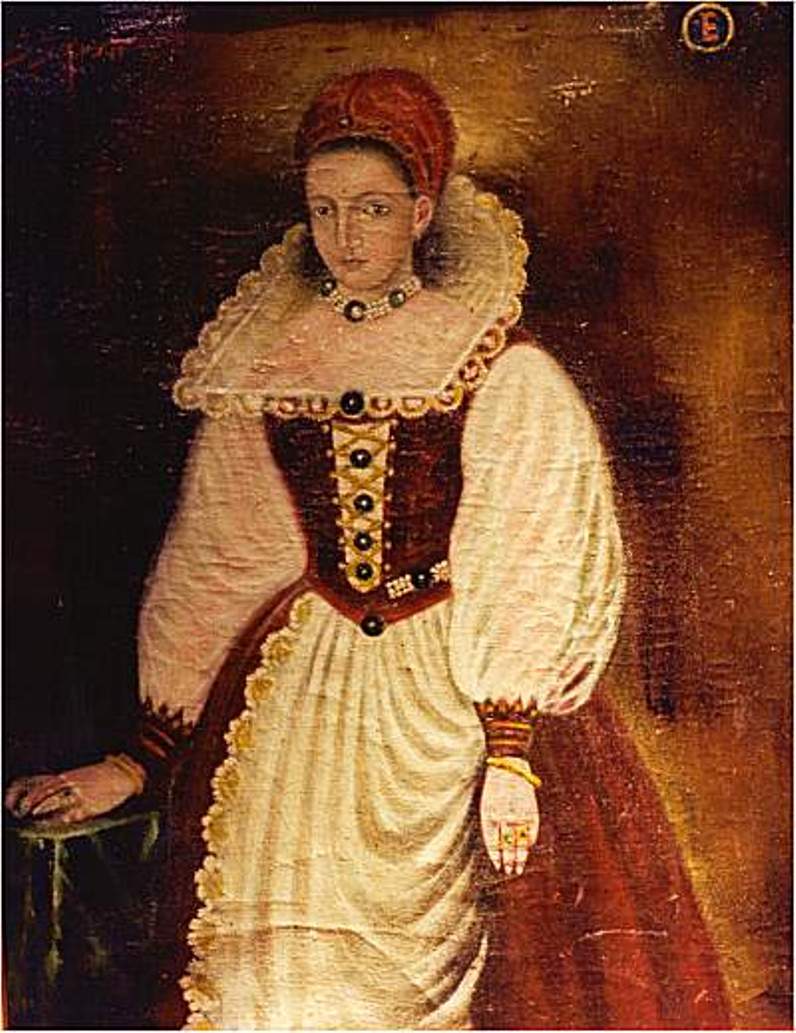 Erzsébet Báthory (1560-1614) is a known historical figure and was a Hungarian countess, also known as Elizabeth Báthory, The Blood Countess or Countess Dracula. She has been labeled the most prolific serial killer in history, being responsible for the torture and murder of hundreds of young girls. The exact number of her victims is unknown, but is estimated at six hundred and fifty. It is speculated that she kept a diary with the names of all her victims, but if such a document exists, it has never been made public.

Here’s what Melinda says about writing THE DIARY:

“Living in an Eastern European country, I’ve heard about the countess since I was a teenager, but have only began studying her in 2014, when I decided to write a book that somehow included this horrific historical character. I watched countless documentaries and even two fiction movies about Elizabeth Báthory, and I confess that getting into her head was a terrifying experience.

To me, it seems that evil, madness and all things that conjure up horror stories were festering inside this woman, who was allowed to indulge her demonic depravity simply because she was an aristocrat.

I thought I needed to understand her in order to write a book that included legends about her, even tangentially, but I soon discovered it was an impossible, maybe even dangerous ambition. That’s why I started the book by quoting Friedrich Nietzsche, who said that “When you gaze long into an abyss, the abyss also gazes into you.”

So that’s how THE DIARY came to life. This is the blurb:

In the legendary Transylvania, a castle belonging to Countess Erzsébet Báthory is discovered. Cameraman Hunter Cole and broadcast journalist Serena Scott arrive to make a documentary about the discovery, and the sinister Hungarian noblewoman, known as the most prolific female serial killer in history.

The two Americans could cope with roughing it in a fifteenth-century castle, with no modern amenities. They can even cope with each other, despite their initial mutual dislike for one another, which gradually turns into a mind-blowing attraction.

But when two girls are tortured and killed in Báthory copycat style, the nearby village is shaken to the core. In terror, they wonder who will be next…
I’ll leave you with a short excerpt, and with the hope that you will find this post as compelling as I do. 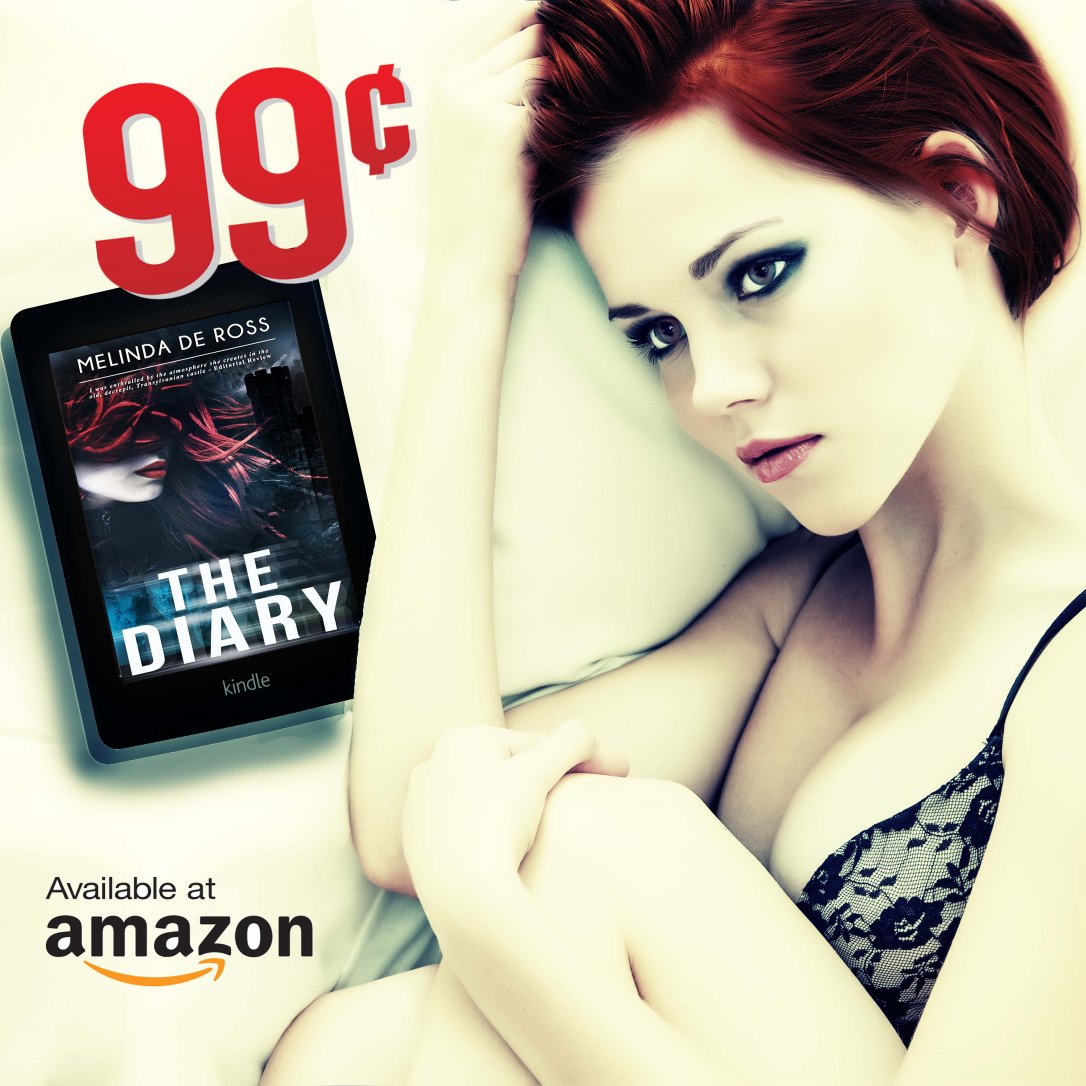 In the bathroom, I lit the three candles and placed the candlestick on the floor. It was lighter here because of the large balcony. There was an old-fashioned wooden tub in a corner, a few basins and some buckets. I turned one bucket bottom side up and put my towels on it, along with the soap and flashlight. Then I went outside onto the balcony and dipped my hand into one of the many containers. The water was still warm.

I went back in and dragged the wooden tub close to the balcony entry. I ran a finger over its bottom to check for dust, pleased to see that someone had cleaned it. When I lifted one of the water buckets and poured it into the tub, my shoulder screamed with pain. Irrationally, I cursed Hunter for not offering to help me, even though I had prohibited him to enter the room before I was done. I dragged another bucket to the edge of the tub and poured the water inside, deciding that should be enough.

I stripped off my jeans and T-shirt, then my bra and panties. I turned another bucket upside down and placed them on it. After I removed my makeup I stepped into the tub, enjoying the feel of the warm water. I didn’t quite fit in the tub, but complaining wouldn’t help. It could be worse, I thought. What if I were as big as Hunter? How will he manage to wash in this?

The thought of Hunter naked was making me uncomfortable, so I firmly pushed it away, feeling my cheeks grow red. I stretched to get my bath sponge and soap, then started to wash thoroughly. After that, I just relaxed for a few moments in the fragrant water, staring out at the moon. It seemed lost in the inky-black sky, much as I felt in this foreign, strange place. Everything had happened so fast that I’d nearly forgotten why we were here. And when I remembered, an unpleasant shiver crept up my spine.

Had Erzsébet Báthory bathed in this tub? Had she bathed in the blood of virgins as the legends said? There was no concrete proof of that, but why else would she have killed all those young women? The official documents regarding her trial were held secret. It was even said that she’d kept a personal diary, but no one could attest to its existence. I didn’t know much about The Countess, so I would have to do a lot of research to put this documentary together.

I’d read that the evidence indicated the number of her victims to be around eighty, but according to the three-hundred witnesses that had testified at her trial, The Countess had murdered more than six hundred and fifty girls. It was preposterous to think of such atrocities. Even in the historical context, in those times when cruelty was far from unusual and the Hungarians were known for their bestial cruelty, this woman was a stand out.

I’d seen a couple of movies about The Countess’s life, but considered them a waste of time. They’d tried to picture her in a humane way, as a woman, mother, wife and healer, diminishing the most important thing for which she was known: her monstrous cruelty, and perhaps madness.
Lost in these sinister reveries, I jumped when I heard Hunter’s voice.

“Hey, Serena, have you fallen asleep in there?” 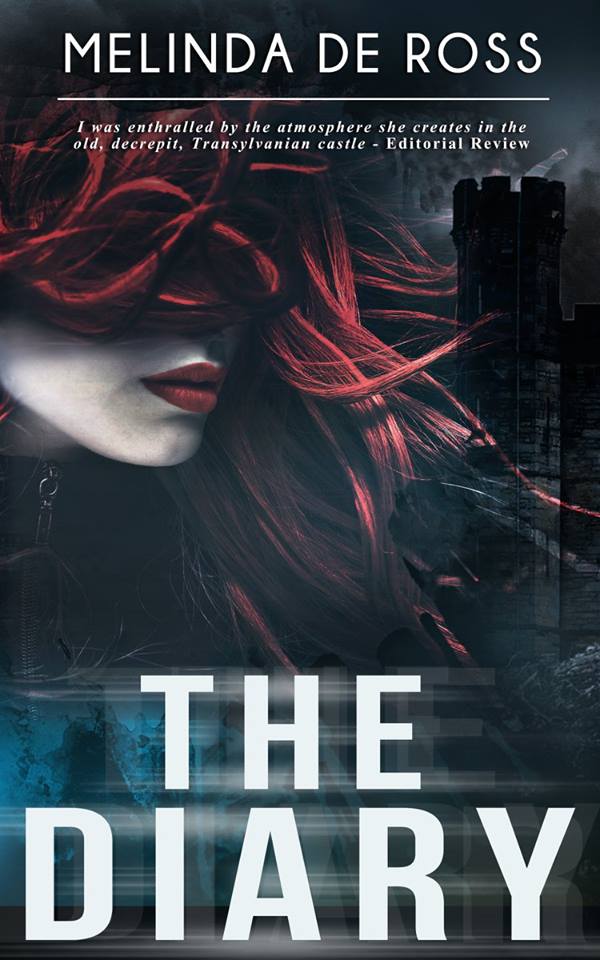 THE DIARY is available in eBook and paperback format everywhere books are sold online, and this weekend you can order it for only 99 cents from Amazon, iTunes, Kobo, Smashwords, Barnes&Noble.

Melinda De Ross is an international author of Romanian origin. She writes in two languages, and her books combine the elegance specific to the European style with the modern appeal of the American culture. She has a Law degree and has been a professional target shooter for over a decade. Her favorite genre to read and write in is Romance, and anytime she prefers to watch a classic movie instead of going to a noisy club.

She loves to hear from her readers, and you can find her at: http://melindadeross.com/

I give, The Diary, five stars.

First off, the author made me want to read the book just by having a gorgeous cover. Add history, murder, and suspense and I’m officially hooked. This book had me on the edge of my seat the entire time. I admit, I was able to read this in under two days. That’s how captivated I was by this tale.

I loved the banter between the two main characters. I also loved how vividly the author described each scene. I could picture it all clearly and truly felt like I was there with the characters. I don’t want to give away too much. But if you enjoy stories full of intrigue, mystery, suspense, and romance that doesn’t feature insta-love, this is the story for you. And you should get it this weekend while it’s only 0.99. This weekend, cuddle up with The Diary. You won’t regret it.