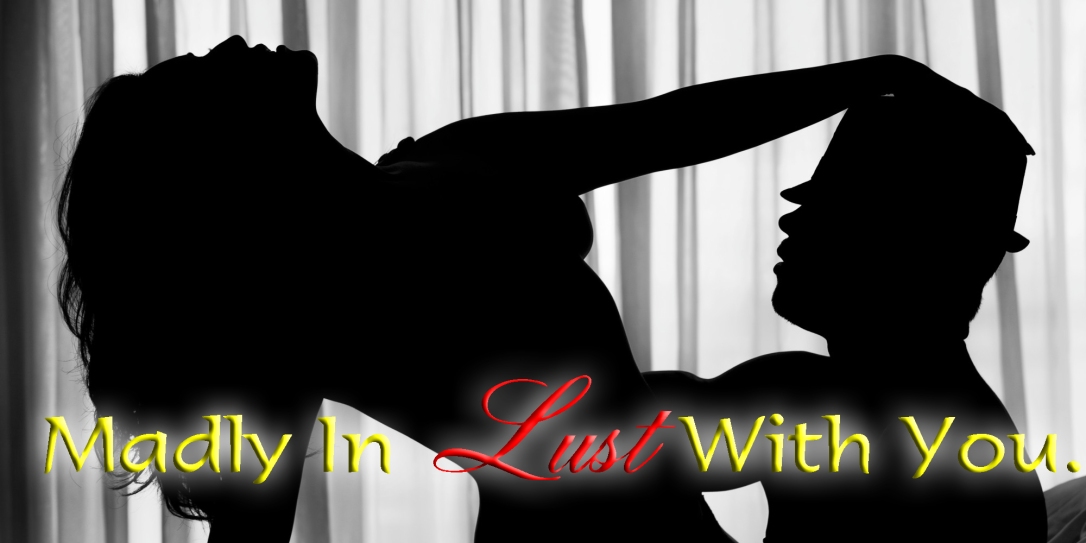 The Madly In Lust event continues with a seductive scene from ‘An Amazon’s Equal’ by Fionna Guillaume. Enjoy this naughty excerpt. I did!

In a society of Amazon warriors, Pyrena dares the impossible… she falls in love.

Greek legends call them Amazons, but Pyrena and her sisters are not merely warrior women. Wise mistresses of their forest home, they share everything: friends, war, work, meals…and captive men. Love has no place in their community; the men they keep are strictly for pleasure. It seems idyllic, yet
Pyrena can’t help feeling there is something missing in her world.

As they fall inevitably, unstoppably in love, the pressures of captivity grow stronger. Without freedom they cannot truly be together, but how can Pyrena stand alone against everything she has ever known? She must find a way to reconcile her society with her love….or abandon them both.

He looked up just as she plucked the book from his hands.

“I hope you marked your place,” she said.

Astrastos let her pull him into the nearest room. Without preamble she fastened the curtain and shucked off her clothes, propelling her naked body onto his.

There was no foreplay; she was dripping ready from the moment she entered the tent. Engulfing his mouth in a kiss, Pyrena tore off his loincloth and clawed at his shoulders, climbing his body in her eagerness.

Astrastos was caught off balance; she already had one leg wrapped around his hips and was hauling herself higher. His hands went involuntarily around, clutching her ripe buttocks. She leaped into him, further upsetting his balance. Astrastos stumbled backwards until he connected with the wall.

Shrieking like a wild thing, she hitched both legs around his waist. His erection throbbed between them, crushed against her belly. She tightened her grip on his shoulders and wriggled higher, adjusting her position with feral desperation, bouncing around until finally, with a cry of delight masked by his grateful moan, she slid onto his welcome shaft.

“You’d better hold on,” she growled.

Her breath burned against his cheek. Astrastos was happy to obey – he held on tight, reveling in her soft skin, with those smooth muscles beneath. Her legs gripped tightly around his hips as she slid up and down, rolling her buttocks beneath his hands, thrusting herself into him. Astrastos could barely believe it.

He had never imagined being so fully dominated, at the mercy of her pleasure. His fingers clenched, digging into her skin, helping her lift and settle, faster and harder onto his erection. Their bodies met with a slapping noise, increasing in tempo as they hurried toward climax.

Pyrena’s cries matched their rhythm, harsh and beautiful to his ears. Her fingernails were digging red marks into his shoulders but Astrastos didn’t notice. All he could feel was rising ecstasy, his erection swelling to fill the hot, tight, unbearably sweet crevice of her body. His orgasm exploded without warning, accompanied by a bellow unlike anything he had ever heard – much less made – before. Pyrena held him with her legs, her arms, her inner muscles, draining him completely.

They collapsed in a heap, sticky and breathing hard. Astrastos couldn’t decide if he was being punished or rewarded in this strange new life. Her lovemaking had been rough, sudden. She goes from hard to soft in a moment, he thought, his head swimming with confusion. He didn’t turn his face to look at Pyrena, but he heard her heavy breath and felt the heat of her wet skin.

“Tell me,” she said at last, speaking between sharp intakes of breath, “Why were you with that army?”

View seductive scenes from other authors in the Madly In Lust Blog Event: https://sirenallen.com/featured-blogs/

But wait, there’s more. Enter the Madly In Lust giveaway.