It’s time for a cover reveal. I present to you the cover for Mate Of Magic, which will be available April 27th. If you’ve already read Mate Of Ice, you may think you know Ciera and Edmund well… think again. 🙂 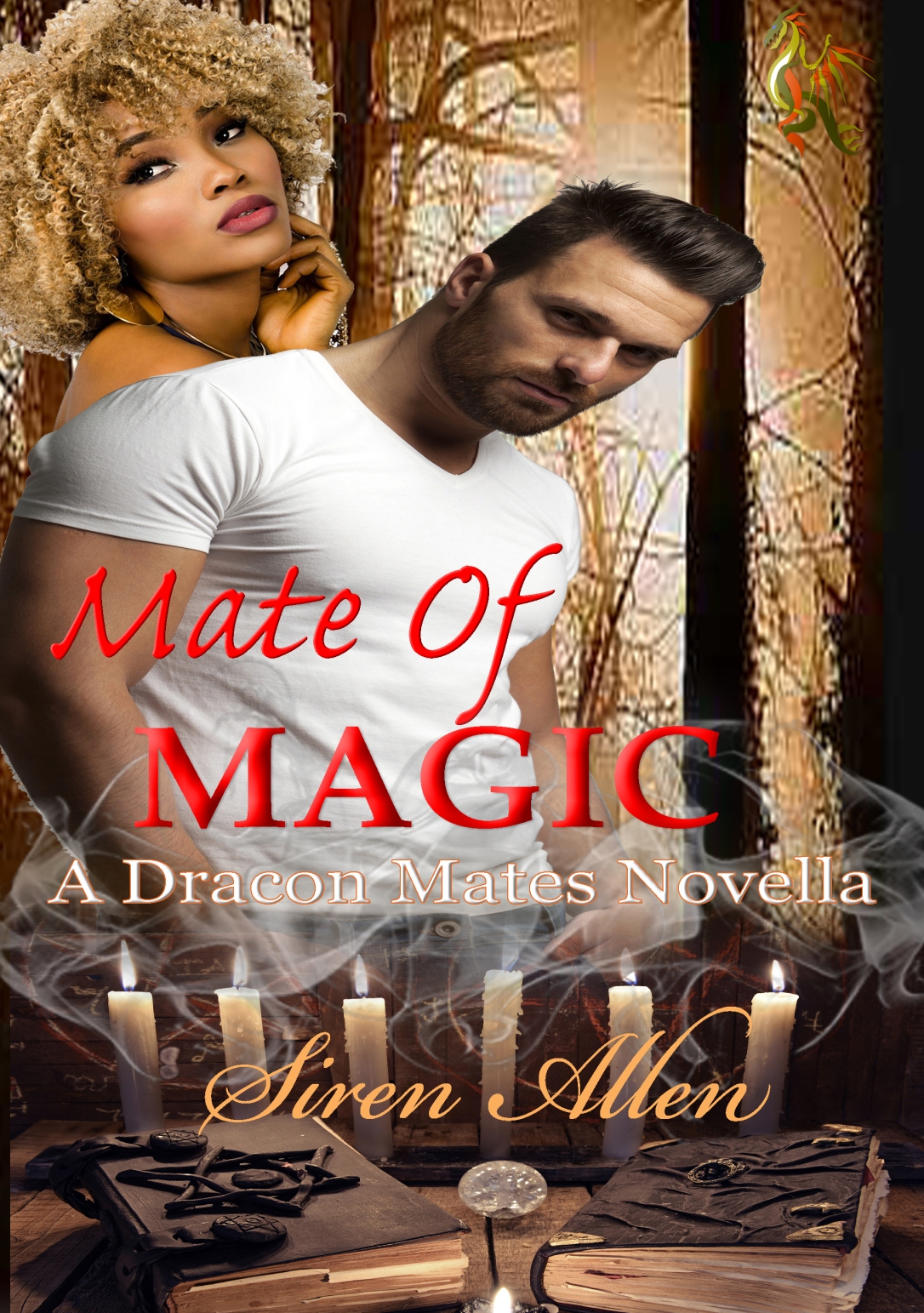 His touch awakens the monster inside her.
There’s a darkness inside Ciera Duvai that’s begging to be released. Every day, she struggles to keep the evil at bay. When a naughty encounter with a dragon causes her to lose her skirt and her control, her true identity is revealed.
She’s pretty sure the dragon in question is her mate. Dragons are an unforgiving lot, but, he’s her mate, he has to forgive her for all the crimes she doesn’t even remember committing. Right? Wrong! He wants her dead and Ciera isn’t going down without a fight. It’s time to show her mate that her monster is bigger than his.

Her touch excites the monster inside him.
Edmund Dracon is losing his mind. He’s gone too long without a mate and the loneliness had taken a toll on his sanity. His inner dragon has consumed his thoughts and is slowly taking over his body. Soon, he’ll have to be put down or he’ll become a threat to everyone. There’s only one creature who can save him from himself: his mate.

When he finds her sneaking out of his castle, he thinks the Fates have finally answered his prayers… that is, until he finds out who and what she really is. He can’t believe the Fates have paired with the one female whose death could end the suffering of his brethren.

Allowing her to live would be an act of treason.
Yet, now that he’s touched her, killing her doesn’t seem right.
Edmund has a tough decision to make: save his mate or save his people.

Dragons do it better. Don’t believe me? Just ask Mya and Kya! Their stories are available now.
Mate Of Ice: https://amzn.to/2GfwF2o
Mate Of Fire – How Kya met Drax. (FREE): https://www.smashwords.com/books/view/791568