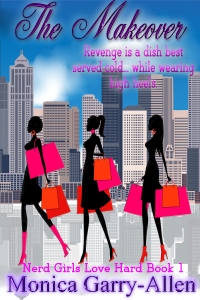 Nerd girls can be wicked also! Today I’m sharing a long excerpt from my light romantic comedy, The Makeover. Enjoy!

“Next year, I’ll let you pick out your own costume.”
“Next year?”
“Yeah, they do this every year. I plan to be here. I am verbally requesting it off, right now.”
“So you’re telling me I have to let Christy work at my clinic again next year. Do you know how hard working with her is?”
“Nope, I’ve never worked with her before. But I know she’s a sweetheart and I left her a list of detailed instructions, so your day couldn’t have been that bad.”
“She didn’t listen to a word I said.”
“Hmm.” That was the only sound she made in response as Chad turned her hand over and began massaging her wrist.
“I asked her to make me a pot of coffee around one, and do you know what she said?”
“Hmm,” again, she could only make a noise. She knew where this was going.
“She told me I’d already had two cups and I should drink more water. So instead of making me a pot of coffee she brought me a bottle of water. Can you believe that?”
April stayed silent.
“Then, around three I wanted an afternoon snack. I buzzed her and asked if she could pop me a doughnut into the microwave for twenty seconds and bring it to me. She brought me a banana. A freaking banana. She’s completely insane.”
Should she tell him?
Perhaps she should.
She couldn’t have him blaming Christy for following the orders she’d left her. She couldn’t believe after months of working together he hadn’t caught on to her weekly routine yet.
“Um, well Christy’s weird behavior may have been my fault.”
Chad stopped massaging her.
“Explain.”
“Well,” April stretched the word out.
“Well what, April?”
“Well I left her instructions.”
“I know, instructions on how to do your job, not instructions on how to drive me crazy.”
“Yeah, about that.”
“April, what did you do?”
“Well, I have this routine.”
“You and your routines, is your whole life scheduled, plotted and planned.”
“Yes, yes it is. I already have my underwear picked out for the week.”
She felt him tense up behind her. His arms tightened around her, just a little, not enough to cause discomfort.
“I like to keep things organized so I don’t forget stuff. Sorry, I’m just that way.”
“What panties do you have picked out for tomorrow?”
“A pair of pink ones with lace in the back, they’re super cute.”
“What kind do you have on now?”
“A pair of…”
Wait, she couldn’t believe she was sitting here discussing her panties with her boss. Well, technically he was her man now, so that kind of made it okay. April blushed. Damn it.
“April, what kind of panties do you have on?”
“Um, a pair of black ones. I had to wear thongs tonight because I didn’t want my panty line to show through my outfit.”
He groaned… for obvious reasons.
She groaned in embarrassment. Why had she told him that? He didn’t need to know about panty lines and thongs. Gosh April get a hold of yourself. Maybe there was something in that grape hotness that was making her act like this. No more grape hotness for her.
“Anyway,” April waved a hand in the air, determined to move away from the topic of underwear. “Like I was saying…”
“I have on boxers.” Chad said, out of the blue.
What the what?
Why were they still discussing underwear?
“I figured I’d share what I had on since you shared what you had on. That way we could both be embarrassed together.”
April burst out laughing. In a weird ‘this is too much’ kind of way, him sharing that information was sweet.
“Thanks for sharing. So you can tell I got embarrassed huh? Was it the blushing? I swear I can’t make it stop, no matter how hard I try.”
“Yeah, the blush always gives you away.”
“I should be comfortable discussing almost anything considering I’ve been playing with sex toys all day.”
“You’ve been what?”
“Playing with sex toys, oh, that sounds bad doesn’t it?”
“April, who have you been playing with sex toys with?”
“My roommates.”
“Your,” Chad started to cough.
April sat up and turned to face him. She patted his chest because she couldn’t reach his back.
“I’m fine,” he told her. “Why were you and your roommates playing with sex toys? Is there something you want to tell me?”
“Yes, there is, I’m trying to explain why it may have seemed like Christy was acting strange.” She placed her finger to his lips, silencing him when he attempted to speak. “As for the sex toys, my roommate works at a sex store and her boss wants her to host a toy party for a bride this weekend. I’m helping her, so we were going over our party plans today. Now, no more talking about sex toys and underwear, okay?”
Chad grinned against her finger. A tingle began in her belly and spread to other more interesting parts of her body. Wow, a grin can do that? 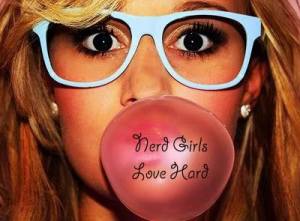 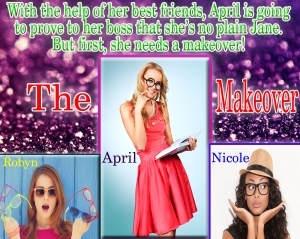 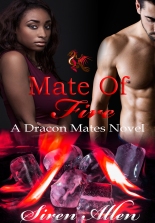 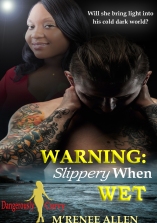 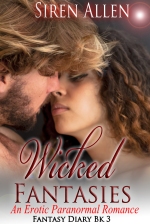 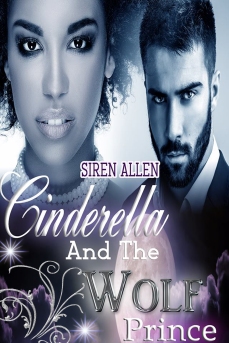 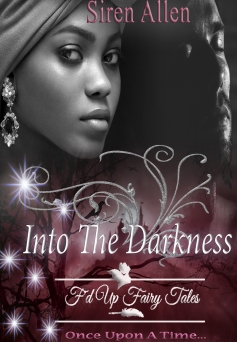