Renegades: Book 2 of The Wildblood

They made you strong, and smart. We kept you safe, and in the shadows. It took them damned near twenty years to find you.
~ ~ ~ ~ ~
Uncontrollable. Unpredictable. Dangerous.
The Wildblood.
Now, Team Three know what they are.
Renegades: Book 2 of The Wildblood – Autumn 2016 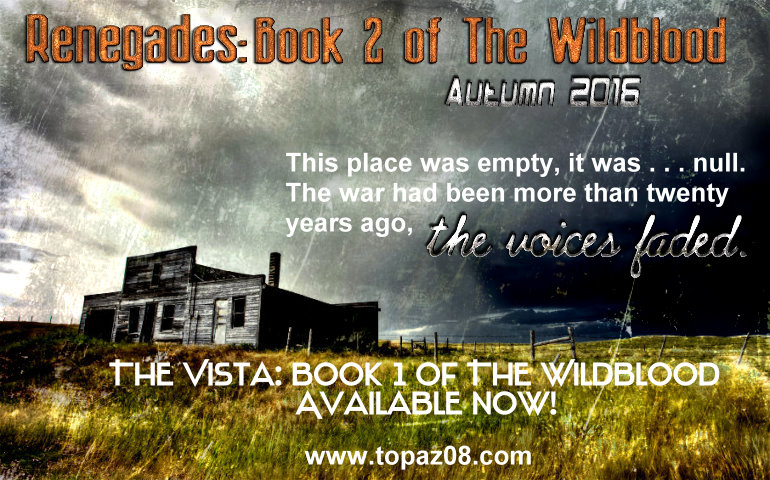 “This is one of three air bursts,” Vance said, indicating the video monitor.  It was recording as the airplane banked around to give them a clear view.  “It happened early that morning, just before nine.  It was a Tuesday.  The other detonations were east and south, one directly over downtown Denver, the third at the airport, all within minutes a few minutes.”  He remembered clearly, but recited it like he was reading from a textbook.  None of the others were old enough to remember.

The first group of buildings were isolated and more than that, destroyed.  Melted, irradiated, and nothing that remained looked like it had ever been occupied by a human being.  They were twisted and misshapen, matte gray against the distant blue mountains.

“Rocky Flats,” Shannon said carefully, concentrating.  There were no ghosts, no impressions of the past, crowding into her thoughts.  She was glad for that.  Being Gen En, genetically enhanced, she could see things not so obvious to others.  This place was empty, it was. . . null.  The war had been twenty years ago, the voices faded.  Now civilization consisted of tiny enclaves, hidden away and carefully guarded against other remnants of humanity.  Her home, The Vista, was one of those places.   Vance’s city, Estes Park, was another.

“Anything?” Green asked, aware of the possible consequences if she sensed something unusual.  He’d been her second, her backup, for years.  Today he was piloting, as well.

She wrinkled her nose, distracted.  “No, nothing that merits mention.”  Flying was an aversion, one she hadn’t been able to avoid recently.  They were far from home, wary guests of Vance’s these past few months.

“What does that mean?” Cooper asked, the first thing he’d actually had to say during the journey.  He’d taken the seat behind Vance and kept to himself.  That was his job, to make sure Vance stayed safe and out of trouble.  The Vistans were trouble.  There were only a few of them, but they were a dangerous few.

“It means, she doesn’t see anything we can’t see,” Green offered.  He wasn’t Gen En.  He was Siksika, a Blackfoot, and a misplaced Vista Security officer, like her.  Being her bodyguard, at least for a couple hours, was a duty Green didn’t mind.  Capt. Allen, Shannon, was younger, more adept at controlling tricky situations, and his senior officer.  Their relationship was far less complicated than most people believed.

Vance nodded.  He’d been in charge of Estes Park for a decade.  The areas south could be troublesome.  Most of what had been central Colorado was under his protection, but there was a large and empty landscape where Denver had been.  Even the scavengers kept clear.  The Vistans and his people weren’t friends, and it wasn’t something he could foresee at any point soon.  They might be able to work out a trade agreement despite some stark differences.

The Vista was far to the north, past his influence.  Having them show up on his doorstep a few months earlier hadn’t entirely been a surprise.  They’d been hunting Rafe, Vance’s former partner-in-crime and fellow Gen En.  Rafe had proven to be extremely violent, volatile and unpredictable.  After years at odds with each other, Vance was resigned to his presence nearby, raiding and ransacking villages.  Young, brash, and looking for revenge, the Vistans had accomplished in weeks what he hadn’t been able to do in a decade

Renegades: Book 2 of The Wildblood

Available now on Pre-order at Amazon. 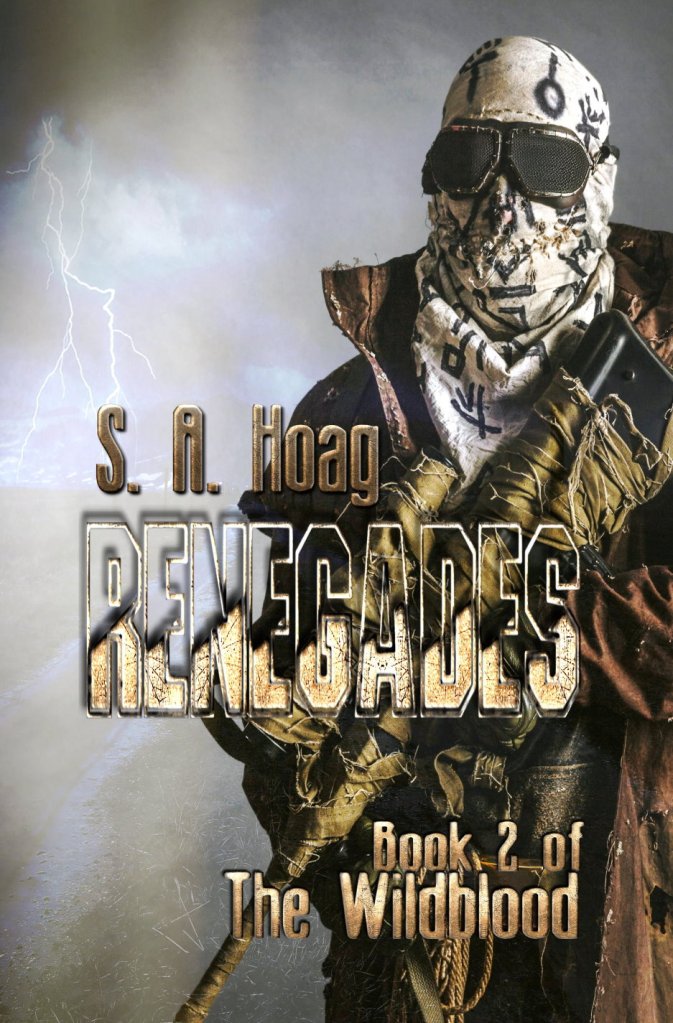 No one remembers what started the war, the big one.  It happened too fast, and there were too many lies, for the truth to be known.  Civilization stopped, and what came next was fueled by rage and fear.

Twenty years on, a tiny refuge, a place called The Vista, may be one of the last vestiges of humanity.  Isolated, guarded, and hiding a dark secret, the people have survived World War Last, and they are content with that.  Their children, however, are not.  The search for others will send them out into a world they know nothing about, where the line between enemy and ally is blurred.  The war may not be over.

Backlash, prequel to The Wildblood series.  Before Team Three, there was the Blackout. Set on a near-future Earth mostly devoid of humans, this reveals some of the harsh realities facing people of The Vista, and how Team Three began.

When Security faces an unknown adversary that threatens to wreak havoc across what little civilization there is left, they must rely on the unusual abilities of a new team, and hope it’s enough to stop the chaos.

Before Team Three, there was The Blackout.
Backlash, prequel to The Wildblood.  Available in paperback now!

The Vista: Book 1 of The Wildblood introduces Team Three – Allen, MacKenzie and Wade.  An elite team of security officers, they’re young, ambitious, and at the forefront of a movement to discover what is beyond The Vista.  They also believe they are genetically enhanced, Gen En, a practice outlawed long before they were born.  Venturing beyond their valley draws the attention of someone dangerous, someone that shares their past and wants to control their future, or destroy them because of what they might be.  The team decide to take the fight away from their home and end up finding new allies – and new enemies.

What happens, after the end of civilization?
The Vista: Book 1 of The Wildblood.  Also available in paperback.

Lyra Alexander considers herself an archeologist, a job that normally wouldn’t be very dramatic or dangerous. The problem with her job, however, is that she studies vampires. And they aren’t too keen on being studied.

In this world, there are all kinds of creatures prowling in the night . . . Humans are no longer at the top of the food chain.