Poor Lily. All of her life she’s been the good girl. But, after one night with two very sexy men, she’s forever changed. Her name is now on Santa’s naughty list. And I’ve got a feeling she’s never going to make the nice list again.

~She’s tired of her good girl image. ~
Lily Parks is determined to let her wildest fantasies free, even if it is for one night only. She plans a night of seduction – the only thing missing is her ex-husband Charles and his lover, Paul. She wants them both and she knows just how to get them.

~He wants what they’re offering, but is afraid he doesn’t deserve it. ~
Paul Mackey is all for one night of naughtiness with Lily and Charles. But soon he begins to crave more from both of them. Problem is, a man like him doesn’t deserve more. His past is filled with regrets and he doesn’t want his inner demons to ruin the lives of the people he loves… again. He tries distancing himself, but his heart and his body refuses to cooperate.

Can the three of them make this love triangle work, or will jealousy and past hurts destroy the attraction they all feel for one another? 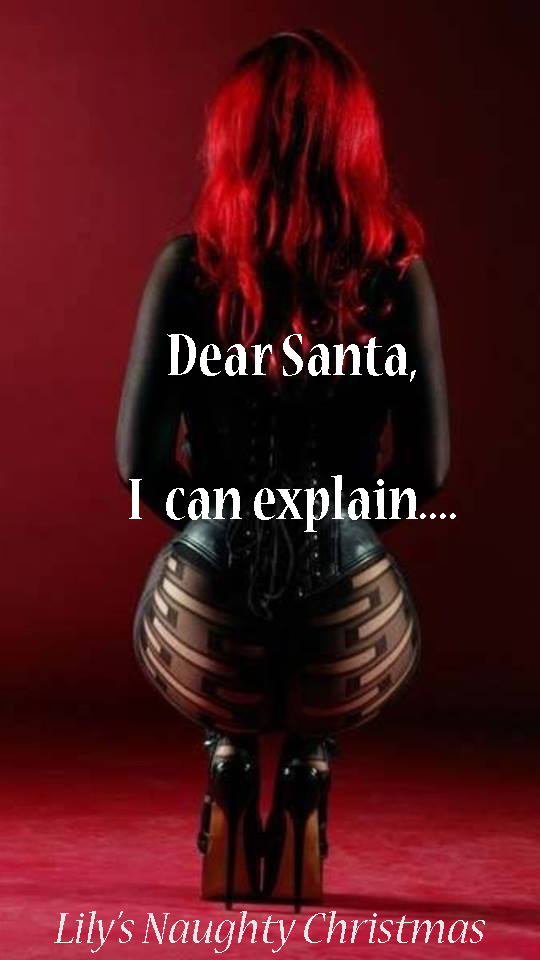 “Where are the other chairs?” Charles asked when he entered the kitchen.

“There are only three of us tonight, so we only need three chairs,” Lily told him. He raised his eyebrow but said nothing as he sat in the chair across from her.

“Can you pour me a glass of champagne before you sit down, Paul?” Lily asked her ex-husband’s lover.

Paul was in the middle of sitting down beside Charles when Lily popped her question. He froze, looking from Charles to Lily.

Lily smiled. Charles was uncomfortable, she liked that. “If you want something stronger I have vodka in the cabinet. You forgot to take it with you when you left.”

Paul filled her glass with champagne then sat down. Charles stood up and walked over to the cabinet, pulling a bottle of Grey Goose out. He filled his wine glass with the clear liquid. Lily smiled as he drank it down with one gulp then refilled the glass. At this rate he would be drunk before they even began.

Lily stood up and walked over to the stove. “Let me serve you two.”

Behind her both men coughed, choking on their beverages. Lily took the lid off the pot containing the dressing.

“It smells good Lily, thanks for having us over.” Charles voice sounded a bit strained but not strained enough.

“You’re welcome.” Lily walked over to her ex and bent over him to pick up his plate. Her breasts were right in his face, her ass right in Paul’s face. She picked up the plate and took it to the counter and began filling it with dressing, turkey, greens and candied yams.

She carried Charles his plate. “Enjoy,” she whispered before picking up Paul’s plate and filling it. When she was done serving both men she returned to her seat and began to drink from her glass.

“You’re not going to eat?” Charles asked around a mouthful of food.

Soon his mouth would be full of her. Lily shivered, and both men stopped eating. They stared at her.

“If I don’t watch this figure, no one will,” Lily told them. She took another sip of her drink, enjoying the way she had them squirming in their seats.

“You two should hurry up with your dinner, I have a present for the two of you in my bedroom.”

Lily stood up. She pushed her chair under the table and grabbed her glass.

“I’ll be waiting,” she whispered before she turned and sashayed away. Her whole body trembled with nervousness. She’d done her part, she’d put the offer on the table. It was now up to them to pick it up and run with it. 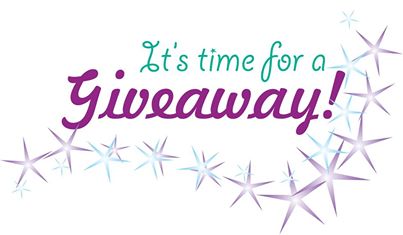 More giveaways coming in a couple of days! Sign up for my newsletter to be the first to hear of the final giveaways of 2016 and those coming next year.